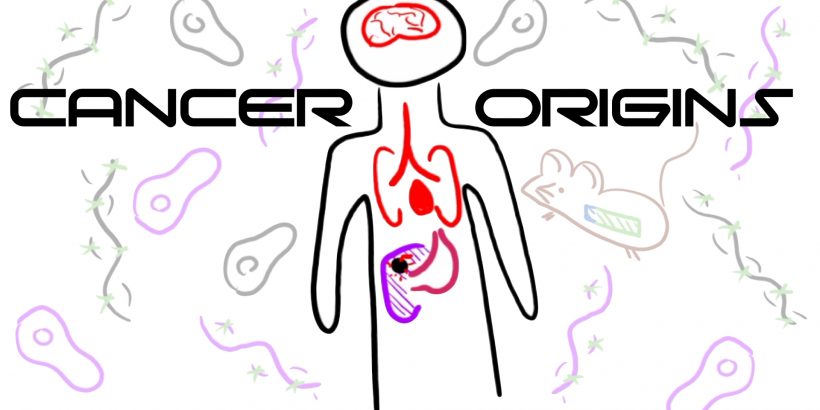 In 2016, an estimated 595,690 people died from cancer in the United States. That’s a little less than the population of Boston.

New advancements in treatment have lowered the cancer death toll, but we still have a long way to go. Part of what makes cancer so hard to treat is that it’s also hard to research. By the time that doctors find a cancerous tumor in a patient, that tumor has been around for a while. Sometimes even decades.

And all that time both the tumor and the normal cells in your body were gathering DNA mutations. These new mutations often hide the cancer-causing mutations so you don’t know which ones are important.

Cancers in children are different. They don’t usually have many DNA mutations because they’re so young. This makes it easier to find the one or two critical tumor causing DNA mutations and understand the origin of cancer.

Researchers at Rockefeller University focus on a pediatric liver cancer called fibrolamellar hepatocellular carcinoma or just fibrolamellar for short. This is a rare, slow growing, and lethal liver cancer that affects about 1 in 5 million children and young adults worldwide.

These researchers previously showed that all patients found so far with fibrolamellar have a mutation in their tumor cells. A small piece of DNA is missing!

The piece that’s missing is between two genes, DNAJB1 and PRKACA. The deletion of that piece of DNA has two consequences: 1) it deletes 7 other genes found between those two and 2) it creates a new protein that is a fusion of a little bit of DNAJB1 and most of PRKACA. That fusion is called the chimera.

Since all of the patients found with fibrolamellar so far have this mutation, it’s clear that it is really important. What we don’t know is whether the deleted genes or the chimera lead to the cancer.

But thanks to a collaboration between Memorial Sloan Kettering Cancer Center and Rockefeller University, we don’t have to wonder anymore. They learned that the chimera is the important consequence of the DNA deletion.

But this experiment only tells you that the DNA deletion is important. It doesn’t tell you whether the chimera or the extra deleted genes are the cause of the cancer. To do that, these researchers let the mouse DNA alone but added in an extra piece of DNA that has the chimera on it. Even though they weren’t missing any genes, these mice got fibrolamellar too! This means that creating the chimera is the important part of the deletion.

But what does this chimera actually do to cause the tumor? One of the two proteins that are fused to make the chimera is PRKACA. This protein usually functions kind of like a manager telling different proteins when to function and when not to.

The researchers thought that the extra protein piece attached to PRKACA to make the chimera caused some problems. When the researchers created a mutation in the chimera that prevented the protein from being able to manage other proteins, the mice didn’t get fibrolamellar anymore.

This research not only provides more information about the root cause of fibrolamellar, but it also created a mouse that mimics the cancer found in patients. Having a mouse that is really close to the human disease makes it more likely that any treatments you try in the mouse, will work in patients too.

Thanks to these researchers we’ve got a mouse and we know the chimera is the problem, now we just need some therapies to test.