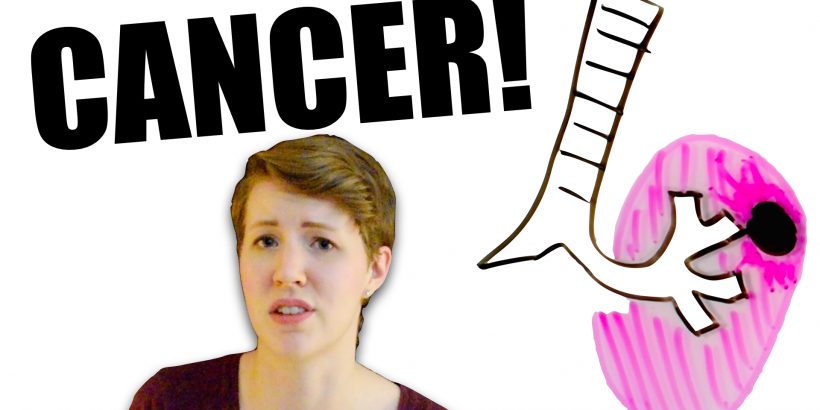 In 2016, over 1.5M cases of cancer were diagnosed in the United States and about 600,000 people died from the disease. To put that into perspective, 600,000 is the number of people that would fit in 6.5 Rose Bowl Football Stadiums at capacity.

There are a lot of factors that affect the prognosis of someone diagnosed with cancer, but a paper from researchers at Cold Spring Harbor and Stony Brook have outlined one more factor to consider. A cellular state that increases genetic diversity in cancer.

Before I delved into the science of cancer, I used to picture a tumor as one solid piece made up of one kind of cell: the cancer cell. But cancer is less like a solid entity and more like an ecosystem. It is made up of a variety of different cells all working together, like a little city…

You know what, scratch that, cancer is more like a house party! It’s rowdy, it has a variety of individuals involved, it disrupts the neighbors, and it makes a mess. The paper we’re talking about today outlines one more way that cancer is like a house party, they both have that guy that makes the party a bit crazier. The one that invites the random biker gang and convinces people to jump off the roof into the pool. They both have a wildcard.

The researchers wanted to figure out exactly how this wildcard cancer cell makes cancer harder to treat, and they learned that it all comes down to increasing the genetic diversity in the cancer ecosystem. To learn more about genetic diversity and how it can be a good and bad thing, check out Part 1 of this video.

So how is this wildcard cell increasing genetic diversity? Turns out that it is doing it in a very straightforward way. Much like the crazy guy at the house party, the wildcard cell mixes things up in response to a stimulant. For the guy at the party, it’s booze. For the wildcard cancer cell, it’s a signaling protein that tells cells to do things like grow, divide, or die.

When the wildcard has that signal, it shuts down the most accurate form of DNA repair. Our DNA is being damaged all the time from things like UV or free radicals, but the cells are really great at healing this damage quickly and accurately so you get few mistakes.

But the wildcard cell wants to make mistakes to create a more diverse and resilient group of cancer cells, so it shuts down the most accurate form of DNA repair and leaves the form of repair that just sticks things back together inaccurately. It’s the Dr. Frankenstein version of repair where you put bits and pieces back together until it works, even if it came from different places.

That kind of “Dr. Frankenstein” repair leads to a lot of mistakes and creates a genetically diverse population ready to overcome any kind of cancer treatment that comes its way. Now that we know this wildcard cell exists and how it works, future research can focus on how to stop it.

We need the molecular equivalent of the police to come and shut this wildcard down before the cancer house party gets too out of hand.