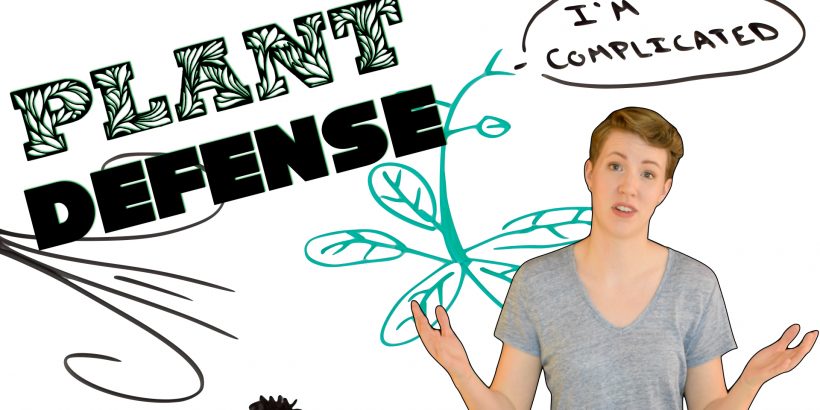 Plants are weird. Maybe I should be a bit more specific. Plants have weird immune systems.

We’re going to conquer a lot of info right now because these researchers published their findings in not one, but two different papers published back to back in the same journal! The first paper was on a new aspect of the plant immune system and the second one took that new knowledge and applied it to the creation of a disease-resistant plant.

The problem is that disease-resistant plants are difficult to get. Plants have two states of being: growth mode and defense mode. The trick is that they can only be in one of those states at a time. You can have a plant that is really good at defending itself but is really shrimpy or you can have a big plant that is prone to infection.  What we really need are some cheat codes that will give us a huge plant that is good at defending itself. These researchers may have found that cheat code.

Plants don’t have an adaptive immune system. They only have an innate one, but even their innate system is different. They don’t have immune cells.

Instead of having cells that just do immune work, all plant cells have immune capabilities. They all have proteins on their surface that recognize different molecules from a variety of pathogens. Once they recognize those molecules, they sound the alarm and start a cascade of events that puts the plant into defense mode.

Because there are two controlling steps in this process, the number of copies you have doesn’t guarantee how much protein you’ll have. Just like the number of books you own, doesn’t mean you’re well read. You could own 50 books but have only read one of them.

Scientists knew that when plants recognize that they have a pathogen, they change the number of defensive protein gene copies they have, but we were missing part of the story. These researchers looked specifically at how plant cells read these copies when switching from growth mode to defense mode. They found out that the copies of defensive protein genes have a special signal on them that tells the cell to only read that copy when the pathogen is around. This may just seem like a fun quirk of the plant immune system, but this makes a huge difference in the agriculture business!

These researchers tried putting the special signal on copies of genes that provide a broad protective effect for the plant. Usually, this kind of broad protective protein takes up a lot of the plant’s energy and makes it small but safe. By putting the special signal on it, you get a plant that is really quick to respond to infections without actually being in defense mode!

This work was done in a small flowering weed called Arabidopsis and also in rice, but future work will have to test whether the special signal works in other plants too. Maybe this new understanding of plant immune systems can help keep our plants healthy, happy, and pesticide-free for the days to come.