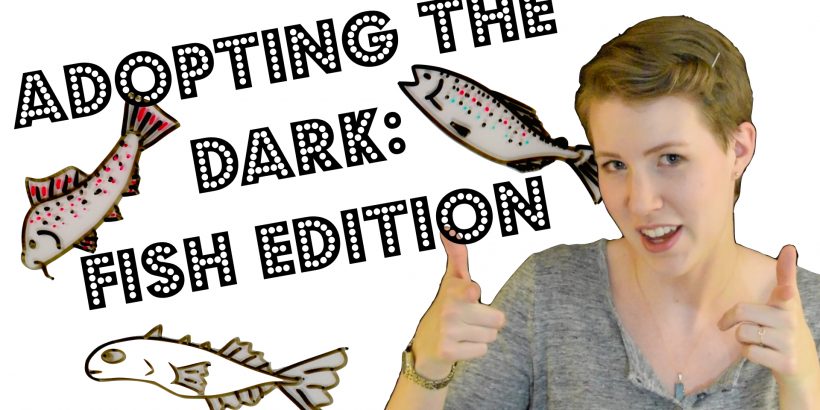 There are millions of examples of plants and animals adapting to their environment. Need to blend in? Change your coloring. Need to crack a different kind of nut? Change your beak.

But while we have lots of examples of adaptation, we rarely have the ability to look at what genetic changes caused the physical ones. Not every physical trait shares the same kind of genetic basis. An example is anteaters, aardvarks, and armadillos. They all have sticky tongues for catching ants even though they aren’t closely related species. This is called convergent evolution.

Scientists at the University of Victoria in Canada have been able to find the exact genetic changes that lead to differences in vision in a small fish called the threespine stickleback. And it turns out that those genetic changes are the exact same ones that happened in the ancestor of spiny-rayed fish like salmon, carp, and bass 198 million years ago.

It’s super difficult to track the genetic changes that lead to physical adaptations since they often take place over many generations lasting hundreds of years. Whereas the career of a scientist is maybe about 50 years, if you’re lucky.

To study genetic changes easily, you need a place where an adaptation is occurring multiple times on a fast enough scale that you can see it happen. And that’s exactly what these researchers did.

They looked at a small fish called the threespine stickleback that lives in a variety of lakes in an archipelago off the coast of British Columbia. But it turns out that not all of these lakes are created equally. There are two different types of lake, clearwater and blackwater.

Clearwater lakes are just like they sound, the water looks pretty clear and there is a lot of light, so the fish have no trouble seeing. And much like the ocean or other bodies of clearwater, the light in them is mostly blue.

Blackwater lakes are a bit different. They’re created when the water is stained with tannins which are molecules that you might be familiar with if you jumpstart your morning with beverages like tea or coffee. The color and astringent/bitter-ish flavor of coffee is caused by tannins.

This tannin stained water actually absorbs most of the blue light shining from the sun and any light that would reflect off the sides or bottom of the lake is absorbed too. This means that the fish are essentially in a lake like a photography darkroom where the light is mostly red and it is only shining from directly above. 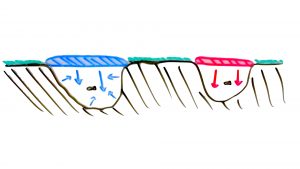 Because of the huge differences between clearwater and blackwater, the sticklebacks have adapted their vision to one lake or the other. But how did they do it?

To find the genetic source of the difference in fish vision between clearwater and blackwater lakes, the researchers took fish from each of the different kinds of lakes and looked at their DNA to see how it was different.

The researchers also checked out the genes of fish that are distantly related to the threespine stickleback and saw that the same kind of amino acid changes occurred there too.

It’s pretty cool how this happened. So about 198 million years ago in the ancestor of all spiny-rayed fish, the gene which codes for the protein that recognizes light accidentally got duplicated. Just like hitting copy paste. But then over time those two copies started to become different. One recognized blue light and the other copy recognized red. Exactly like what is happening in the sticklebacks now!

But wait… if all spiny-ray fish have these two genes, and the threespine stickleback is a spiny rayed fish, then it should already have both the blue and the red sensitive protein. It should already be able to adapt!

It turns out that the stickleback lost one of the copies in going from generation to generation. Just like your great grandmother’s pearl necklace. So now they have to re-evolve the same amino acid changes to adapt to blackwater versus clearwater every time they move into a new lake. Like Sisyphus rolling his rock uphill.

This kind of research is connecting the physical changes we see in the world with the genetic changes that rule what gets passed on to the next generation. It’s amazing to know that after millions of years, the same genes are still playing a major role in how we experience the world around us.

As a major Batman nerd, I’m reminded of when Bane says his classic quote in The Dark Knight Rises “You merely adopted the dark. I was born in it, moulded by it.” I choose to think he’s referring to evolution. There is a difference between being put into a dark environment and actually thriving there for multiple generations. Just look at the threespine stickleback.

This article and video is based on a paper by Marques et al. “Convergent evolution of SWS2 opsin facilitates adaptive radiation of threespine stickleback into different light environments” PLOS Biology (2017).