Think about the last time you were sick. Maybe you had a cold or some kind of infection. Whatever made you sick was probably caused by a virus or bacteria, and your immune system will fix it. For 50 million Americans, their immune system is the problem.

Autoimmune diseases happen when the immune system recognizes something in the body as foreign and attacks it like it would attack a virus. These diseases are notoriously difficult to treat because you can’t shut down a person’s immune system just because one part of it is malfunctioning. Without an immune system, people can die from something as minor as the common cold.

We need a targeted treatment for autoimmune disease that goes into the body like a special ops team and takes out only the part of the immune system causing the problem. That is exactly what researchers at the University of Pennsylvania have created.

These researchers focus on a specific autoimmune disease called pemphigus vulgaris (PV). PV happens when an immune cell called a B-cell recognizes a normal skin protein and attacks it. This leads to serious skin blistering that can be life threatening because of the risk of infection. It’s like having burns all over your body.

To combat PV, these researchers used a previously discovered idea to target immune cells. That idea is to engineer a killer T-cell. These cells are part of the normal immune system, and they work by recognizing another cell and then killing it, hence the name killer T-cell. It’s like having your own personal robot that can recognize red shirts and zap them. 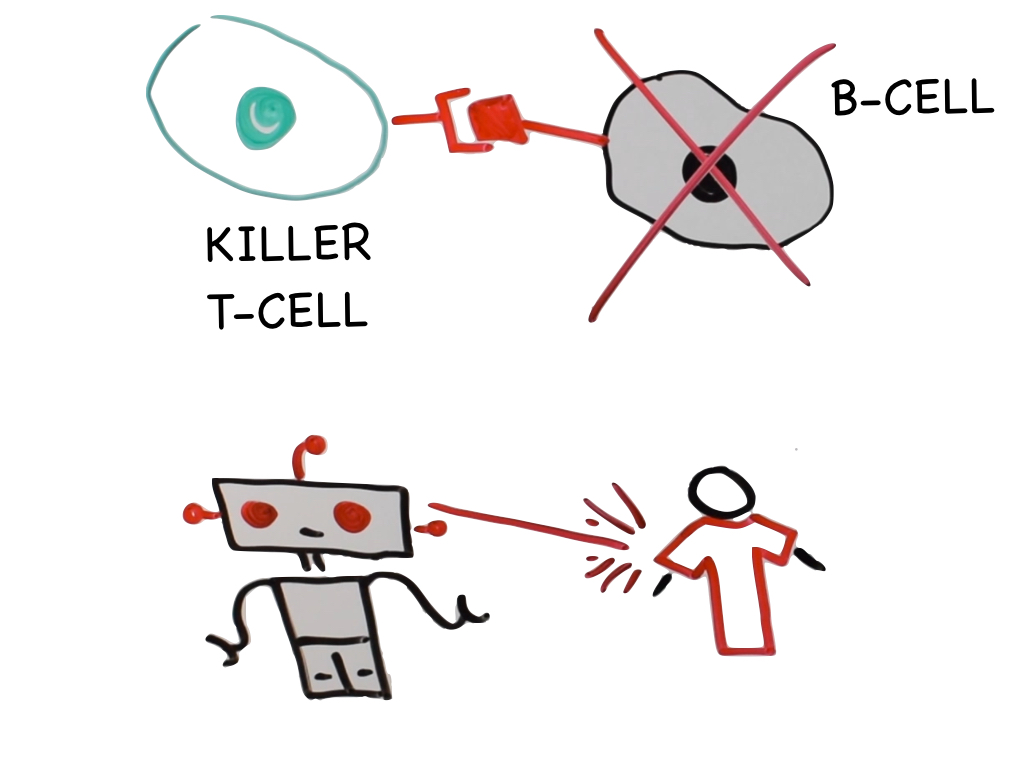 Using specially designed immune cells to treat a disease is called immunotherapy. These kind of therapies are risky because the disease you’re targeting can mutate away from being recognized by the engineered immune cells rendering the therapy useless. 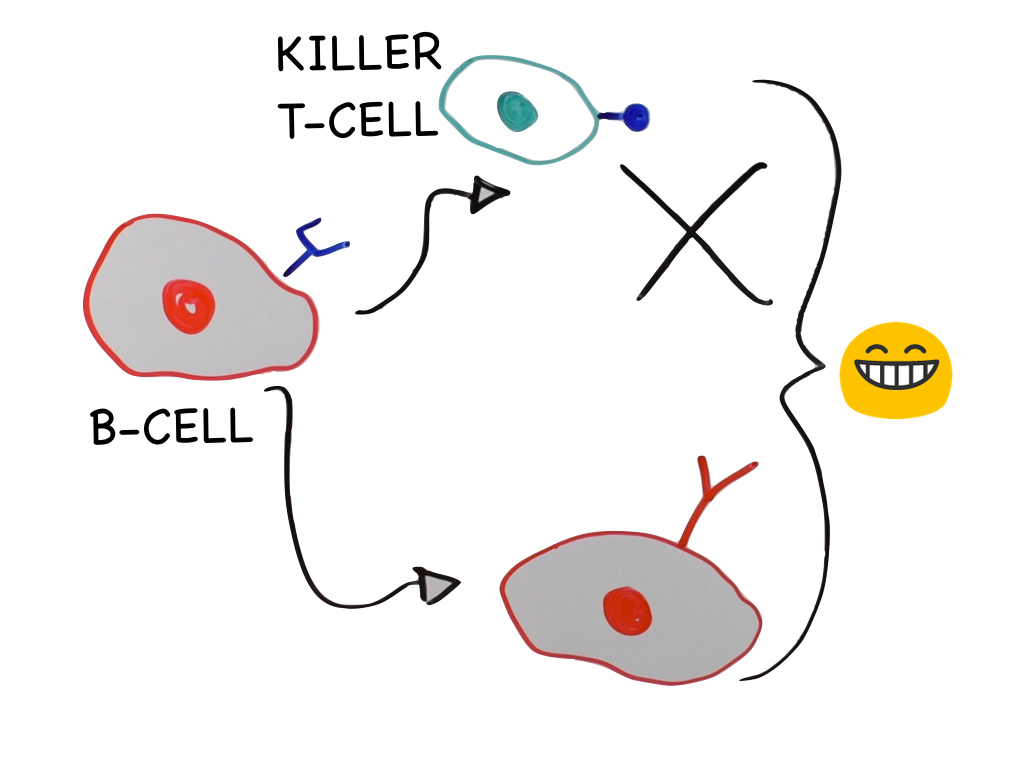 The researchers tested their immunotherapy on cells in a dish and also in mice that are engineered to have PV. In both cases, the therapy met expectations. It specifically killed only the disease-causing B-cells.

The next step is to try this therapy out in humans to make sure it works like it did in the mouse. A delivery system for the engineered killer T-cells is also needed. If the next steps go well, we might have a cure for PV and an idea of how to cure other autoimmune diseases.